The dates for the IDC Taormina are now available
find more

Summary: Known as the ‘Wreck of the Columns’, the Greek/Roman Columns dive site, is one of the most popular sites in the Isola Bella Marine park. A site that has it all, from historical significance to beautiful swim throughs and shrimp caves! There is something for everyone. Depths ranging from 12 – 30m. A particularly good site to catch Moray eels hiding in the rocks and schools of barracuda and Amberjack swimming in the blue. And that is without seeing the wonders of the columns of white marble which have now become part of the beautiful underwater landscape. This is definitely on for the bucket list!

Description: The famous sunken Greek/Roman columns is one of the top dives of Sicily. The dive site itself is located on the southern part of the Isola Bella Marine Park in Taormina. You will begin your dive in the bay that is enclosed by the Cape Taormina and the Prickly pear rock. Descending into shallow waters where you are surrounded by the typical rocky landscape of the Mediterranean. Teaming with life and rays of sunshine shooting through the surface. Crossing the bay 5m underwater, you gradually descend deeper to 12m where you reach the reef wall of the Cape Taormina. As you reach the wall, look out into the blue to catch schools of Amberjack or Yellowmouth Barracuda. After which you can begin to feast your eyes on the beautiful high reef wall teaming with marine life sitting and hiding within, waiting to be discovered! And that is all before reaching the columns.

Following the wall round to a maximum depth of 24m where, laying within reach, are the Greek/Roman columns. So old now that they have integrated themselves nicely into the magical underwater landscape of the Isola Bella Marine Park. Not so much though that you can still make out the cylinder shaped marble of the columns as well as the white marble itself! You cannot help but be transported back in time.
How did they arrive to be there? A lot is left in mystery. What is known is that, probably, of a cargo ship, Navis Lapidaris ton 90, carrying columns of white marble sunk into the waters around the third century BC. The white marble was being transported from the shores of Greece or North Africa and bound for Taormina so that a temple could be built within the hills. The columns could be also Roman because the Greek theatre became a Roman theatre in the 1st century AC and the Romans rebuilt the theatre. Although, the wreck has long since decayed and disappeared. It’s cargo still remains. Description Tags have now been attached to some of the columns to indicate the area and its historical significance.

After exploring the columns, more awaits on either side. You can return across the bay to a beautiful chimney swim through that sits at 13m or travel down deeper along the wall to the Shrimp cave, located at 30m. At the entrance of this big swim through you will find a hollow within the rock face, where thousands of Red Shrimp climb the walls. Here, you may even catch a glimpse of a Moray Eel or Forkbeard sharing the space!

Book your dive
Back to the Map

Do you want to book a dive? 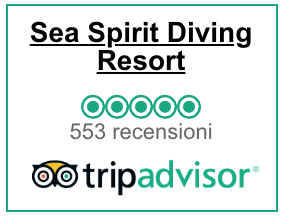 Made with love by AVdesign

book your dive with seaspirit

Your data are secure! We will NEVER send you SPAM